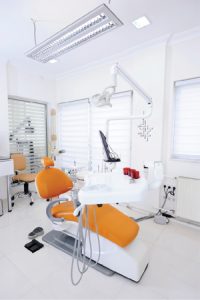 Often, we consider square footage at face value. We reflect on that measured number – one that encompasses the space we occupy, its relativity to our monthly and annual rents, and thereafter very often move on, accepting that these rents are the reality of the space we’ll be occupying, period.

But the importance of square footage values far exceeds that usual conclusion. In fact, square footage amounts possess certain nuances that affect us beyond the size of our own space.

What’s the difference between Rentable and Useable square footage?

When we consider square footage, we often only think of the square footage amount we use – our own space, our own premises. The term useable square footage is therefore just that – the space you privately occupy from wall to wall.

So, why consider anything beyond that? In a multi-tenanted setting, within a building that isn’t your own and where you share certain parts of the building with other parties, there are considerations beyond your useable space. Very often, the terms useable and rentable square footage are used interchangeably – while these two concepts are actually quite different, they are, in fact, used together in marriage to make up your rental rates and therefore both apply significantly to an understanding of your monthly billings when leasing space in a commercial building.

The Load Factor – What is it?

Commercial leases often encompass the concept of a load factor – the percentage of shared square footage within a commercial building which you pay for since you very likely benefit from that space – elevators, hallways, stairwells, mezzanines, the lobby, or other amenities the building may offer. The load factor is, essentially, tacked on to the amount you pay for your useable space.

For example, let’s consider Dr. Mary McIntyre, a general dentist in downtown Manhattan. She currently rents out space in a dated building on West 72nd Street, which encompasses a total of 15,000 square feet of both rentable and useable square footage. How, then, should she calculate the load factor added on to her useable square footage?

STEP ONE: First, take the total amount of the building’s square footage: 15,000

STEP TWO: Ask your landlord or landlord representative (very often a property manager or broker) to provide you with the amount of rentable square footage in the building. In Mary’s mid-town, middle-aged building, it’s 1,500 square feet.

This means that, on top of the monthly rents she pays for useable square footage, Mary is expected to pay for an additional 11.1% to account for the shared space she benefits from.

Why Does It Matter? 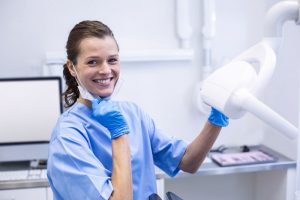 Load factors can vary by building – which means that, on a very practical level, two tenants who rent out space with the exact same square footage, at different buildings, could pay significantly differing rents based on the load factor present in each of their respective buildings.

General Dentist Mary could rent out a 1,000 square foot dental space in the heart of downtown Manhattan with very minimal amenities, shared services and areas. Meanwhile, Orthodontist John Jacobson could rent out a 1,000 square foot space down the street with a similar look, layout, number of operating rooms, and overall face value, but could pay significant more than General Dentist Mary simply because of the greater number of shared bathrooms, convenient facilities and amenities available to Dr. John, his staff, and clients, a beautiful, state-of-the-art, modern lobby with check-in concierge services – the list can go on.

This brings us to the very crux of day to day commercial leasing – that priorities of tenants can differ even if they work in the same industry, that leasing space may force you to reflect on commercial considerations far beyond your square footage amount and the space you occupy. General Dentist Mary may not put significant weight on the lobby her patients walk into, while Orthodontist John puts major, significant weight and importance on his branding, his clientele, what his patients first see when they walk into his practice, and the look of his practice beyond the walls of his clinic.

For many dentists, doctors, and veterinarians, useable square footage (and how it affects the layout of the clinic) is what matters, period. But, priorities can differ by tenant, even if these tenants operate out of the very same industry – considering elements beyond the number of operatory rooms in your clinic is perfectly understandable, normal, and even encouraged, depending on the long-term objectives of your practice. Commercial leasing therefore possesses many nuances to consider beyond what you pay per square foot per month, and it’s important to lease space that fits you, your priorities, and how you wish to approach the growth of your business.

When leasing commercial space and negotiating its related lease documentation, conversations can certainly go beyond the topic of rental rates. In fact, limiting yourself to the consideration of rent alone could possibly do a disservice to the development and growth of your business. In addition, load factors are not a static number – in fact, in some circumstances, landlords may be willing to negotiate or adjust the load factor requested during a lease negotiation or renewal.

Cirrus Consulting Group has over 20 years of experience negotiating with landlords across North America. Consider hiring professional negotiators to help you determine whether a space fits your desired long-term business objectives, create a properly structured lease agreement for you, and discuss the nuances of your square footage. 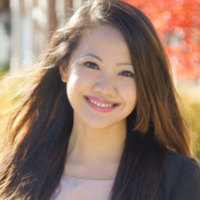 Barbara de Dios is Corporate Counsel at Canadian Dental Services Corporation. Prior to joining CDS, she worked as Associate Lawyer at Cirrus Consulting Group, working on behalf of clients across North America in connection to the review, drafting, and negotiation of commercial lease agreements in various states and provinces. She has also worked as associate counsel for a capital markets and investment company based in downtown Toronto, specializing in corporate governance and general corporate/commercial law, where she also previously completed her articles. Barbara graduated from the University of Toronto and earned her legal degree from the University of Birmingham. She was called to the Ontario bar in September 2016.

Sign up for a personalized dental office lease consultation with a Cirrus expert!